The 1988 Olympic Winter Games provide the best illustration of Calgary’s commitment to lasting legacy. Following 1988, and benefiting from endowment funds left for the Games’ legacy, the Calgary Olympic Development Association, now called WinSport, has evolved into a new vision for Canadian winter sport.

The organisation built new facilities, and maintained and rejuvenated the facilities from the 1988 Games. It aims to support future Canadian athletes by creating the world’s leading Winter Sports Institute. WinSport’s Canada Olympic Park and the Calgary Olympic Oval are training grounds for future Olympic medallists. Since 1988, Canada’s medal count has increased with each Games, from five in 1988 to 26 in 2010. In 2014, 120 of Canada’s 221-member Olympic team used WinSport facilities.

The latest additions to Canada Olympic Park are the 500,000-square-foot Athletic and Ice Complex and Performance Training Centre. Few Olympic cities have sustained and grown legacy facilities as ambitiously and continuously as Calgary in the past 26 years.

WinSport’s new Performance Training Centre is the first of its kind in Canada. The high performance training centre offers everything from sports psychology to physiotherapy to strength and conditioning, and is available to both high performance athletes and the public.

The Calgary Sport Tourism Authority (CSTA) has developed a 20-year vision for sports event bidding and hosting in the city of Calgary. The project has been named ‘Legacy 2.0’. It recognises the success of the city’s past efforts – that they are the foundation for ongoing achievements – and realises that how legacy is considered is changing.

Legacy 2.0 outlines the path Calgary will take to evolve as a sports host so it can continue to be at the forefront of major event attraction and hosting. The CSTA’s goal is to improve, enhance and sustain Calgary’s capacity to attract and host national and international events, positioning it as the premier winter sport city in the world. It also aims to give Calgary the capacity to host major summer sports. A long-term and progressive community legacy is at the heart of the CSTA’s mandate and strategic plan.

Other sections of this report

Page-turner version of the full report

The Badminton World Federation has postponed the planned Asian leg of its World Tour until January 2021 due to the Covid-19 pandemic
Tom King, Asia Office
28 Sep 2020
Multi-Sport
Events

IOC and Tokyo 2020 agree on provisions for delivering simplified Games

The International Olympic Committee and the Tokyo 2020 Organising Committee have announced a series of 52 measures they intend to take to ensure the delivery of a safe, simplified Games next year
Adam Nelson, Europe office
25 Sep 2020 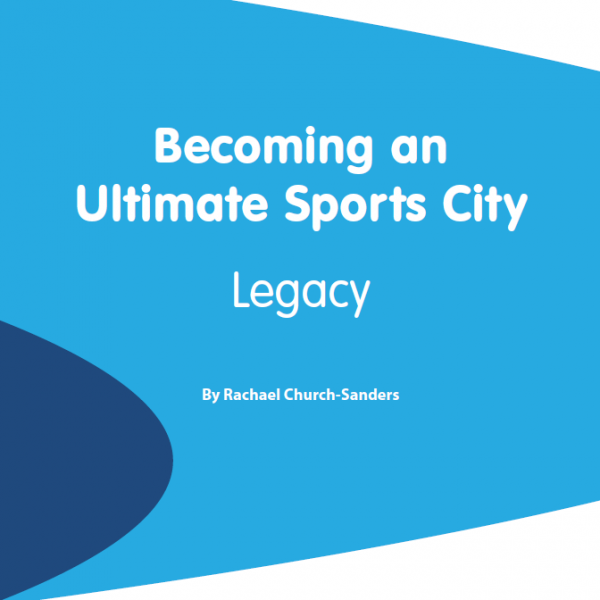 Cape Town was ranked fourth in the 2014 Ultimate Sports Cities rankings in the category of Legacy. The city approaches legacy in a way that contributes to two main pillars of the city’s 2012-2017 Integrated Development Plan: "Opportunity City" and "Inclusive City". Both pillars incorporate several criteria for events.

What is the best way for a European football club to package its in-house editorial content? A subscription TV channel or a free-to-view YouTube channel? Or somewhere in between? Andy Fry looked at two case studies: Barcelona and Liverpool.

Reigning champions Al Hilal have been removed from the AFC Champions League after naming a line-up with only nine outfield players due to a Covid-19 outbreak
Tom King, Asia Office
24 Sep 2020
Football
Events

Regional governing body Concacaf has announced that the Concacaf Nations League Finals have been pushed back from March to June 2021 and will take place at a centralized location in the United States.
SportBusiness Staff
22 Sep 2020
Football
Events

Fifa president Gianni Infantino has conceded that Covid-19’s impact on the global football calendar is set to result in a delay for this year’s Club World Cup in Qatar.
SportBusiness Staff
21 Sep 2020

With the National Basketball Association, National Hockey League, and Major League Baseball all approaching their offseasons at the same time due to Covid-19, US regional sports networks are facing an extended programming drought of live pro team sports during the fourth quarter of 2020.
Eric Fisher, US Editor
25 Sep 2020
Football
Fan Engagement

Dutch clubs like SC Heerenveen have sold large numbers of season tickets prior to the 2020-21 Eredivisie season, despite there being no guarantees spectators will be allowed to attend matches. Callum McCarthy reports.
Callum McCarthy, Europe office
25 Sep 2020
Basketball
Events

Basketball Champions League CEO Patrick Comninos describes how the fledgling basketball competition has tried to maintain momentum during a troubled year and its plans to resume this year's season with a Final-Eight competition in Athens. Kevin Roberts reports.
Kevin Roberts
24 Sep 2020
Multi-Sport
Events

Miami is focusing on sporting events that will generate a positive economic impact and reflect the city’s diverse heritage as it bids to recover from the devastating impact of Covid-19. Bradley Rial reports.
Bradley Rial
23 Sep 2020