Press release: 5 things to look out for at #JudoTelAviv2019

A new year starts with a new event for the IJF World Judo Tour as the 2019 season opens in Israel for the first time with the Tel Aviv Grand Prix from Thursday 24 to Saturday 26 January.

We picked out 5 things to look out for at #JudoTelAviv2019

1. 43-strong Israel team out to rule in Tel Aviv

World number three Peter PALTCHIK has been a focal point of the team of late and is counting down the days until he and his colleagues can grace the IJF stage in Tel Aviv.

“I feel proud to have this event for the first time in my country,” said the -100kg star.

“It is a big dream for me and for my team to host one of the IJF events and I am very excited.”

Israel will be expected to be among the top performing nations and nobody would rule them out of the reckoning for top spot in the medal table. 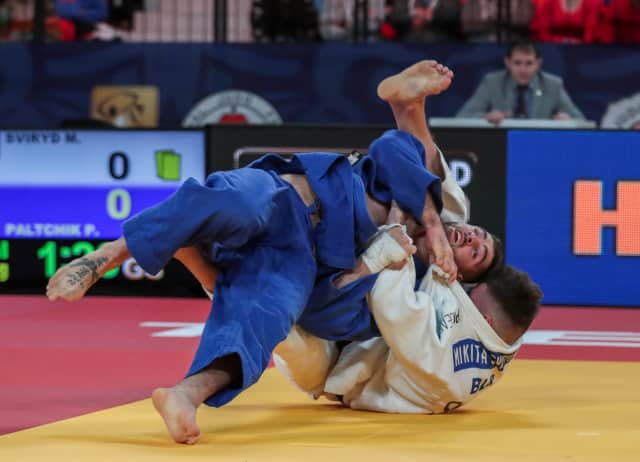 “I am passionate and motivated in every single training,” said PALTCHIK.

“Our preparations are led by our national coach Oren SMAGDA and we have a very strong team and I truly believe that we will succeed in every category. Many people, from all over the county are planning to come and support me and my colleagues. I promise we will do our best. I am thrilled to perform in my own country and to bring pride to Israel.”

The new event will provide home advantage to the plentiful and talented home team and act as a springboard for them in 2019 as they seek to qualify as many judoka as they can for Tokyo 2020.

“This event is a great opportunity to collect more points, experience and to improve my ranking,” added The Hague Grand Prix and Abu Dhabi Grand Slam gold medallist.

“The Tel Aviv Grand Prix is a highly important part of my journey to the World Championships this year and of course to the Olympic Games.”

On his Grand Slam debut Shady ELNAHAS, 20, stole the show in Osaka in November as he won a sensational silver medal in the -100kg category. 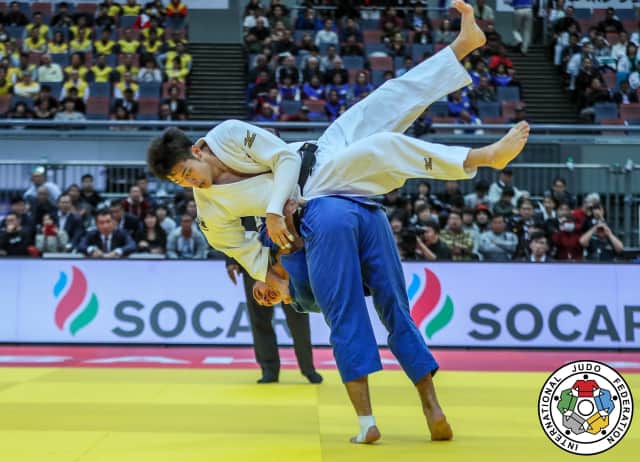 The world number 35, who lists his favourite techinique as harai-goshi, lost out to former world champion WOLF Aaron (JPN) in the final who scored with a ko-soto-gari and a o-uchi-gari.

Since Osaka, ELNAHAS won the Canadian national championships on 12 January and will be a man to watch in Tel Aviv at -100kg.

3. Olympic champion Kelmendi ready for bumper 2019 as she nears title defence at Tokyo 2020

Rio 2016 Olympic champion and former world champion Majlinda KELMENDI (KOS) returned to the IJF World Judo Tour in late 2018 with a silver medal at the Abu Dhabi Grand Slam and gold at the Tashkent Grand Prix.

KELMENDI, 27, will be highly-active in 2019 now that’s she’s returned to full fitness and is edging closer to her title defence at Tokyo 2020.

The Kosovo hero will be expected to quickly move back up the rankings for her current position (15th) and will be intent on regaining the world title and her first since 2014. 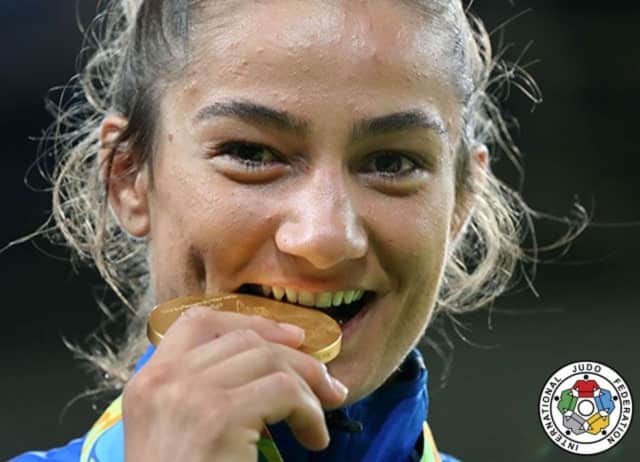 Kosovo are playing their cards close to their chest and easing KELMENDI back into IJF World Judo Tour duty with the revered champion yet to register for any subsequent competitions.

KELMENDI would be expected to compete in Paris – a blockbuster event that helped her to make her name having won the French Grand Slam on four occasions – but competitions will come thick and fast in 2019 with Germany (Düsseldorf) hosting a Grand Slam in February and Russia (Ekaterinburg) hosting their IJF leg in March.

A dream match-up with world champion ABE Uta (JPN) could come to fruition as early as Germany with the Japanese starlet not included in her country’s team for Paris while KELMENDI will be expected to start in at least one of the IJF’s offerings in February.

4. Former All Japan Championships winner to return to IJF duty under Australian flag

The 28-year-old, who is now going by the name Kayhan OZCICEK-TAKAGI, enjoyed domestic success while part of the Japanese setup and a sprinkling of standout results in continental events.

The o-soto-gari specialist saw his opportunities limited due to the abundance of riches Japan are blessed with in the -100kg category and has switched nations in order to realise his ambition of going to the Olympic Games. 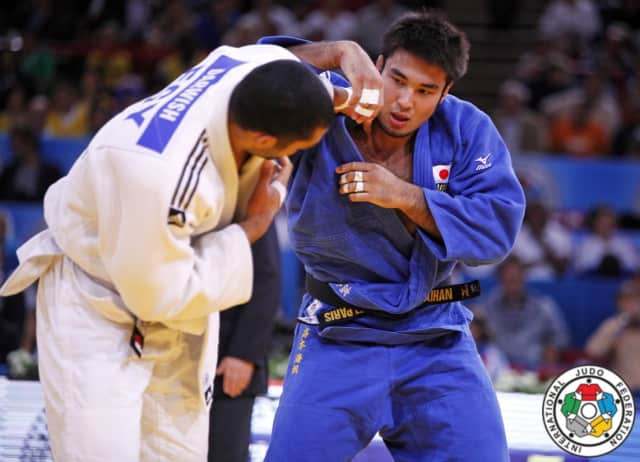 OZCICEK-TAKAGI was born in Darlinghurst, which is a suburb of Sydney, and has an Australian passport from his mother’s side of his family. He still lives in Tokyo where he competes for his company team, JRA, and makes regular trips to Australia for training as he continues to adapt to a new language and working alongside his new teammates.

54 countries and 415 judoka are registered for #JudoTelAviv2019 with individual glory and Tokyo 2020 Olympic qualification naturally dominating the discussion. However, qualification is also on the line for teams for the first time.

Judo’s highly-popular mixed team event will make its debut next year and teams are racing to qualify their athletes for another tilt at an Olympic glory.

Japan are automatically qualified as hosts and have the difficult but fortunate task of picking six judoka from their droves of champions for the spots at -57kg, -70kg, +70kg and -73kg, -90kg and +90kg. 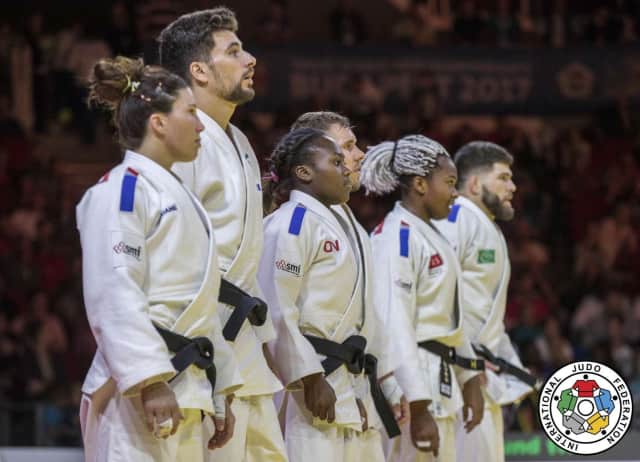 Brazil, Canada, Cuba, France, Germany, Hungary, Kazakhstan, Netherlands, Russia and South Korea are all on course for the team event.

Azerbaijan, Great Britain, Israel, Italy, Mongolia, Poland, Portugal, Spain and Ukraine are next in line with five out of the six slots filled.

The National Hockey League has canceled its 2019-20 regular season and will go straight into an expanded 24-team playoff format if it is able to resume play amid the global Covid-19 pandemic, NHL commissioner…
Bob Williams, US office
27 May 2020
Football
Finance And Law

The Chinese Football Association has disqualified 11 teams from professional competition this year as part of its ongoing crackdown on financial mismanagement
Tom King, Asia Office
27 May 2020

McMahon not looking to buy back XFL

World TeamTennis plans to become one of the first major North American sports organizations to return to live competition in front of spectators amid the global Covid-19 pandemic
Bob Williams, US office
26 May 2020
Cycling
Events

Pay-television broadcaster GolTV has committed to fulfilling its rights payments to clubs in Ecuadorian football’s top-tier Serie A.
Martin Ross
26 May 2020

As the end of May approaches and the Premier League continues to work on ‘Project Restart’, Adam Nelson examines the legal issues facing English football’s operating bodies as they push for football’s return.
Adam Nelson, Europe office
26 May 2020
Olympic Sports
Finance & Money

US Olympic national governing body has suffered declining revenues and membership numbers since the onset of the health crisis but large financial reserves coupled with a move to put competitions and coaching courses onto digital platforms have stemmed losses.
Bob Williams, US office
22 May 2020
Motorsport
Finance & Money