For the past four editions of the French Open at Roland- Garros, primary sponsors Dongfeng Peugeot (Peugeot’s partner in China), watchmaker Longines and lifestyle brand Lacoste helped create 'Roland-Garros in the City'.

The event took the unique tennis experience of Roland- Garros to Beijing and Shanghai in China and Rio de Janeiro, Brazil.

Primarily focusing around an interactive event hub, members of the public had the opportunity to experience the atmosphere of the French Open, despite being thousands of miles away. Pop-up stores, interactive games, VIP events and tennis competitions helped to attract more than 300,000 visitors over the four years and earned around 60m media impressions over the same period.

There are over 80m tennis players in China, but hardly any play on red clay, known as the 'surface of champions'. The number one Chinese female tennis player Li Na won the women’s singles championship at Roland-Garros in 2011. This was the initial inspiration for 'Roland-Garros in the City', a global event that was launched in China and subsequently into Brazil, while also expanding in China.

With their existing sponsorship of Roland-Garros proving successful for more than thirty years, Peugeot wanted to evolve the reach of the brand and invited the Fédération Française de Tennis (FFT) to look into increasing participation and popularity of clay-court tennis in China.

Together with its Chinese partner Dongfeng Peugeot, and with the help of other existing sponsors, Longines and Lacoste, Peugeot created 'Roland-Garros in the City' to raise the profile and participation of clay-court tennis in China, and provide the sponsors access to an emerging market.

The reason for selecting these sponsors was due to existing sponsorship agreements. Another aim for the campaign was to compete with the growing popularity of the Australian Open in Asia.

The main content of the campaign was the pop-up venue in the cities, which included a full-size clay tennis court, temporary stores for the sponsors, lounges with big screens to watch live coverage of the French Open, interactive zones for the fans and hospitality spaces. The sponsorship also inaugurated the relationship between the FFT and the Chinese Tennis Association (CTA).

Planning and execution of the events was replicated each year, consulting with sponsors, FFT and the respective tennis federations, to ensure that the needs of all parties were catered for. Objectives for the campaign varied between locations, however there were some universal objectives that applied:

Objectives specific to the China editions

Objectives specific to the Brazil edition

All four editions of 'Roland-Garros in the City' followed the same general structure, focusing around an 'experience centre' in a busy public area during the final days of the French Open. The public, press and sponsors’ guests were invited to experience the Roland-Garros brand with the help of sponsor brands such as Dongfeng Peugeot, Longines and Lacoste.

Each day of the event had a different focus, whether it be a press day, sponsors’ day or a day solely devoted to tennis coaching.

The planning of the events ensured that Roland-Garros, the FFT and the sponsors maximised the opportunity in these markets. Matches were shown on the big screen, while coaching sessions and exhibition matches were held for the public.

The event was launched with a gala experience held during a live screening of Li Na’s fourth round match. Sponsors used their pop-up stores to unveil limited edition products. Fans were encouraged to interact on the bespoke website and the fan page on Weibo. The Roland-Garros heritage zone allowed visitors to learn more about the history of the tournament and about Paris in general.

The opening ceremony gave media, sponsors and VIP guests a chance to sample the event exclusively and hear more about it, and Roland-Garros in general, from those involved in bringing the experience to life. Notable guests and speakers included representatives from the French embassy and consulate to China, the FFT and the Beijing Sports Bureau, as well as sponsors Dongfeng Peugeot and Longines.

The second hosting of 'Roland-Garros in the City', held from June 5 to 9, 2013 built on the success of the inaugural event and expanded with the addition of two mini tennis courts for more family-oriented activities. The 2013 pop-up zone was again located in The Place, now consisting of:

The agenda followed the same format

The VIP lounge consisted of an open-air terrace, featuring large sofas, able to accommodate up to 80 guests. It was used as a place to rest and relax. It had access to the main court with a clear view of the LED screen and the sponsors’ area.

Thanks to the success of the previous events and the ambition of the sponsors to maximise the potential of the opportunity, the third running of the event was hosted in two cities in 2014, from June 3 to 8 in Beijing and June 7 to 8 in Shanghai. The initiative also commemorated the 50th anniversary of Sino-France diplomatic relations.

The Beijing venue, officially sponsored by Longines, moved to the area outside the iconic Bird’s Nest Olympic Stadium to allow for a bigger set-up of over 3,000-square metres. The Shanghai edition, in association with both Longines and Dongfeng Peugeot, was held in Century Square and covered around 1,700-square metres.

New features for the 2014 editions

Both venues were launched with exclusive opening ceremonies for sponsor-invited guests, invited press and other dignitaries. Notable guests were the same as previous editions, with the Shanghai Sports Bureau representative present at the opening ceremony in Shanghai. There were also exclusive parties held for both the men’s and women’s finals in Shanghai.

From June 3 to 7, 2015, 'Roland-Garros in the City' took the experience to Rio de Janeiro, Brazil, with a pop-up venue situated on the world-famous Copacabana beach.

In keeping with the previous editions, the 2015 edition of 'Roland-Garros in the City' featured a full-size tennis court, two mini-courts for children and families, a VIP lounge, booths for the city hall of Rio de Janeiro and French consulate as well as pop-up stores for sponsors and Roland- Garros official merchandise.

Events specific to the Rio edition

All editions of 'Roland-Garros in the City' placed the sponsors’ benefits and needs as central to the construction of the events. Their participation and contribution was also integral to promoting the Roland-Garros brand and image.

Each edition of 'Roland-Garros in the City' was considered a success, with consistently high attendance numbers, participation figures and social media impressions (see below). The fact that the project was renewed and grew from year to year is testament to its success, in addition to its expansion across China and then to Brazil. The main outcomes were as follows:

Raised the profile of clay-court tennis in China

Having the floor space and facilities provided by the event was invaluable for the sponsors. The event provided a unique opportunity to showcase limited edition merchandise that the sponsors will continue to exploit.

Created and sustained a connection between the Brazilian public, Roland-Garros and tennis on red clay

A total of 6,816 visitors entered the venue and almost 2,000 visitors engaged in one of the tennis activities available. Six social projects local to Rio de Janeiro were launched during the event.

Promoted the Roland-Garros brand and sponsors in Brazil

Both Longines and Lacoste had pop-up stores during the event and were able to create and promote limited edition merchandise.

Created a prestigious event to symbolise the values of Roland-Garros

Four successful events have already been delivered with more being planned across both markets. With each successive event, the values of the Roland-Garros brand continue to go from strength to strength.

For the sponsors, the annual event proved vital to their brand growth in China and Brazil. Repeated events are an extremely effective way for brands to maintain a presence not only in the market, but also in the minds of the consumers.

'Roland-Garros in the City' could almost be considered a festival and is fast becoming an established event in the annual sporting calendar. This provides sponsors and potential sponsors with a consistent opportunity to grow their brand in the markets involved.

The FFT and the CTA are still working to increase participation in clay-court tennis in China. The sponsorship of Dongfeng Peugeot, Longines and Lacoste in 'Roland- Garros in the City' has helped lay the foundation for that growth.

Today various exchanges, including coaching, ballretrieval training for children and clay-court construction, have been made since the launch of the first event in 2012.

In 2016, Havas Sports & Entertainment will once again organise 'Roland-Garros in the City' in China.

Pro boxing can learn lessons from Tyson and Triller’s opportunism

Scotiabank Concacaf Champions League could be staged in “bubble” environment

Concacaf has unveiled tentative plans to resume its suspended club competitions across the region, which could include staging the showpiece Scotiabank Concacaf Champions League in a "bubble" environment
SportBusiness Staff
8 Aug 2020
Baseball
Media

League generates more live streaming than any other two-week period in its history
Eric Fisher, US Editor
7 Aug 2020 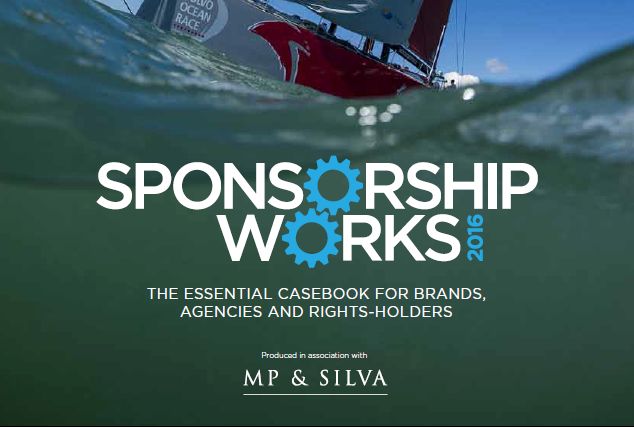 Sports sponsorship provides enterprise application software company SAP with an important platform to showcase its technology and services to companies of all sizes and industries.

The restart of the Italian Serie A football season has been moved back a week to September 19 - Reuters/CNA The WTA Tour restarted yesterday with the Palermo Ladies Open in Sicily, Italy - Reuters/ec/CNA
SportBusiness staff, Asia
4 Aug 2020
Athletics
Events

Fifa said there is "no reason" for the Swiss criminal investigation into president Gianni Infantino, and he will continue in his role as normal
SportBusiness staff, Asia
3 Aug 2020
Tennis
Sponsorship & Marketing

NFL team the San Francisco 49ers are ready to play an active role in helping Leeds United become a Premier League force both on and off the field following the club's promotion to English soccer's top flight. SportBusiness speaks to 49ers Enterprises president Paraag Marathe.
Bob Williams, US office
7 Aug 2020

Brendan Flood, chairman of the Global Institute of Sport (GIS), University Campus of Football Business (UCFB) and director at Burnley FC, explains how now, more than ever, the global sports industry must innovate to adapt to the global climate, and how specific knowledge and education is central to that
Brendan Flood
7 Aug 2020
Boxing
Events

Pro boxing can learn lessons from Tyson and Triller’s opportunism