When I told friends and family that I would be attending a convention in Russia that was due to bring together all of the world’s major sports federations under one roof (as has been the case every year since 2003 when the SportAccord Convention launched in Madrid), there were a few looks of ‘rather you than me’ and the odd intimation that watching paint dry would be slightly more interesting.

Readers, how wrong they were! There is no need for me to recap the events of the 2015 SportAccord Convention in Sochi per se surrounding the relationship between SportAccord and the International Olympic Committee and subsequently the former’s member federations (because they have been covered extensively elsewhere), other than to say, who knew things would be so dramatic? There was certainly much to discuss over the Russian yogurt-covered snack bars each morning as Convention attendees sought to discuss who was now in bed with whom (and that was mostly on the International Federations side of things for a change).

Relationships aside, the 2015 SportAccord Convention was particularly enjoyable for being the location of our inaugural Ultimate Sports Federation Awards. After a few days of nervously handing out our trophies to our nine category winners (note to SportBusiness, perhaps glass trophies weren’t the best idea), the coveted overall inaugural prize of SportBusiness Ultimate Sports Federation went to FIBA who have worked hard in recent years to grow basketball in new markets and revamp their existing offerings. Many congratulations to everyone involved at FIBA, you guys rock!

In between dodging questions for four days on who had won the Ultimate Sports Federation accolade (as we saved it for the last morning to give everyone a reason to get out of their hungover beds), my fellow Major Events Consultant Paul Dunphy and I enjoyed catching up with the cities and rights holders that form the heart of a successful SportAccord Convention.

Not purely on the basis that they always hand out the best giveways (no-one can ever have too many stuffed proboscis monkeys), we were pleased to hear that Malaysia will be the first country to host the 2015 FIM Asia Supermoto Championship in Selangor on the 6th and 7th June 2015. And if that wasn’t enough, the event will return to the country in November for the closing round. “To be selected as the country to open and close the 2015 FIM Asia Supermoto Championship is an honour for Malaysia,” said Malaysia Major Events General Manager Tony Nagamaiah.

Supermoto racing combines exciting elements of motocross, dirt track and road racing into one dynamic discipline. It features jumps, high-speed straights with both dirt and asphalt surfaces. Tracks and venues can vary considerably, allowing races to be held at racing circuits, sports stadiums, on open car parks and on closed-course city streets. This unique sport offers pure excitement and adrenaline-filled fun for the spectators, who can be as close to the race as a few metres.

What has always been great about the SportAccord Convention is that one minute you can be hearing about Supermoto, and the next minute chatting to the likes of presidents from international arm wrestling and roller ball. Throw in the (always) superb Team Canada reception (great to see the mittens back after a two year absence guys although I should have won the raffle) and of course the odd black tie gala dinner and you can top up your networking reserves for a good few months in a matter of four days.

Although the 2015 event will always be remembered as being the one where Marius Vizer made “that speech”, let us not forget the rights owners and cities that are the lifeblood of this Convention and raise a glass to them hopefully all coming back in future years. There’s still plenty of business to be done after all…

IOC and Tokyo 2020 agree on provisions for delivering simplified Games

The International Olympic Committee and the Tokyo 2020 Organising Committee have announced a series of 52 measures they intend to take to ensure the delivery of a safe, simplified Games next year
Adam Nelson, Europe office
25 Sep 2020
Bull Riding
Events

Professional Bull Riders has moved its World Finals from T-Mobile Arena in Las Vegas to AT&T Stadium in Arlington, Texas, due to state Covid-19 restrictions in Nevada which do not allow fans at sporting…
Bob Williams, US office
25 Sep 2020

Pro Football Hall of Fame president David Baker tells SportBusiness how the iconic facility in Canton, Ohio, is looking to overcome calling off Hall of Fame Game and postponing its centennial enshrinement ceremony this year due to the Covid-19 pandemic
Bob Williams, US office
30 Jul 2020
American Football 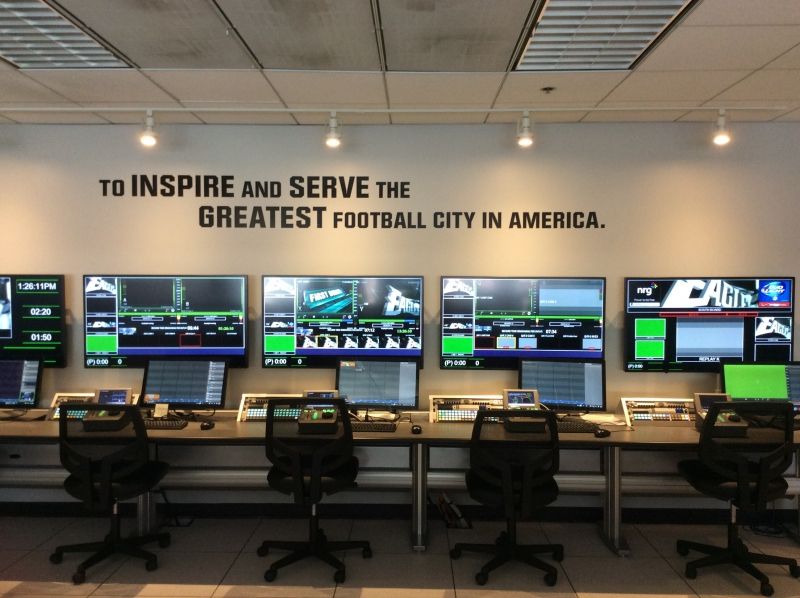 Rachael Church visited NFL team the Philadelphia Eagles to find out why they are making sure their fans are fully engaged on game days.

The National Football League on September 10 began its 2020 season on schedule, kicking off the campaign with a prominent moment of unity among players of the Kansas City Chiefs and Houston Texans
Eric Fisher, US Editor
11 Sep 2020
American Football
Licensing & Merchandising

With the National Basketball Association, National Hockey League, and Major League Baseball all approaching their offseasons at the same time due to Covid-19, US regional sports networks are facing an extended programming drought of live pro team sports during the fourth quarter of 2020.
Eric Fisher, US Editor
25 Sep 2020
Football
Fan Engagement

Dutch clubs like SC Heerenveen have sold large numbers of season tickets prior to the 2020-21 Eredivisie season, despite there being no guarantees spectators will be allowed to attend matches. Callum McCarthy reports.
Callum McCarthy, Europe office
25 Sep 2020
Basketball
Events

Basketball Champions League CEO Patrick Comninos describes how the fledgling basketball competition has tried to maintain momentum during a troubled year and its plans to resume this year's season with a Final-Eight competition in Athens. Kevin Roberts reports.
Kevin Roberts
24 Sep 2020
Multi-Sport
Events

Miami is focusing on sporting events that will generate a positive economic impact and reflect the city’s diverse heritage as it bids to recover from the devastating impact of Covid-19. Bradley Rial reports.
Bradley Rial
23 Sep 2020